We have an opportunity here in Humboldt County to form a more perfect democracy and vibrant positive economy through the use of Community Benefits Agreements (CBAs).
Social change groups—environmentalists, labor, and racial/social equity—have formed a Humboldt Community Benefits Agreement working group. Through a CBA, we can flip the scripts of developers and corporations by demanding more than the minimum environmental protections or workplace standards, and require equity and sustainability to be established provisions in any future projects or deals.

This approach to social change is fairly recent. In the late 1990s, community organizations in Southern California formed the Los Angeles Alliance for a New Economy to win the first CBA. In exchange for community support, the developer financed traffic improvements, ensured workers were paid a living-wage, prioritized hiring disadvantaged residents, and established a policy of union-neutrality.

Humboldt, more than most counties in California, is accustomed to a higher level of self-reliance. Admittedly, this has led to division between community groups leaving us, at times, susceptible to divide and conquer tactics. Developers, corporations, and economic opportunist industries (timber, cannabis, wind energy, etc.) seek to dominate our local economy offering nothing more than a pittance for the use of our community’s resources—leveraging community interests against one another in order to benefit capitalist interests.

The problem isn’t development or growth, but the community accountability and sustainability of projects. The Terra-Gen wind farm project, for example, doesn’t provide any information about living wages, job training, or even mention any reparations for the use of indigenous sacred land (the owners—Humboldt Redwood Company and Russ Ranches—are willing to sell the land). Nordic Aquafarms’ fish farm project is promising living wages and benefits but fails to mention any potential impact to our local fishing industry while pushing for tax breaks on development.

Rather than beat our chests and exclaim “not in my backyard,” we could do better by establishing demands. The wind energy and fish farm projects are two recent and distinct opportunities for us to negotiate better standards. In either project, we could demand training and first-hire practices for the local economically disadvantaged. For the wind farm, we could negotiate that an average number of kilowatts remain for local use or that we have an option to buy back the farm after so many years.

Simply put: we’re able to coordinate with one another over which projects are vital to the community as a whole, and avoid hostility from one another while we support each other in our demands for a better community.

It’s worth acknowledging that not every project will necessitate a CBA, but we ought to demand economic, environmental, and social accountability from the ones that seek to exploit us.

The Humboldt CBA working group offers a tactic to a long-term solution to empower our community and its members, and it’s a remedy to rectify previous poor planning processes.

For more information about the Humboldt CBA, or if you are interested in contributing to the Nexus column, contact David Cobb at davidkcobb@gmail.com. 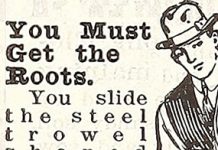 Organized Labor & Environmentalists Need Each Other

Nexus: Getting to the Root