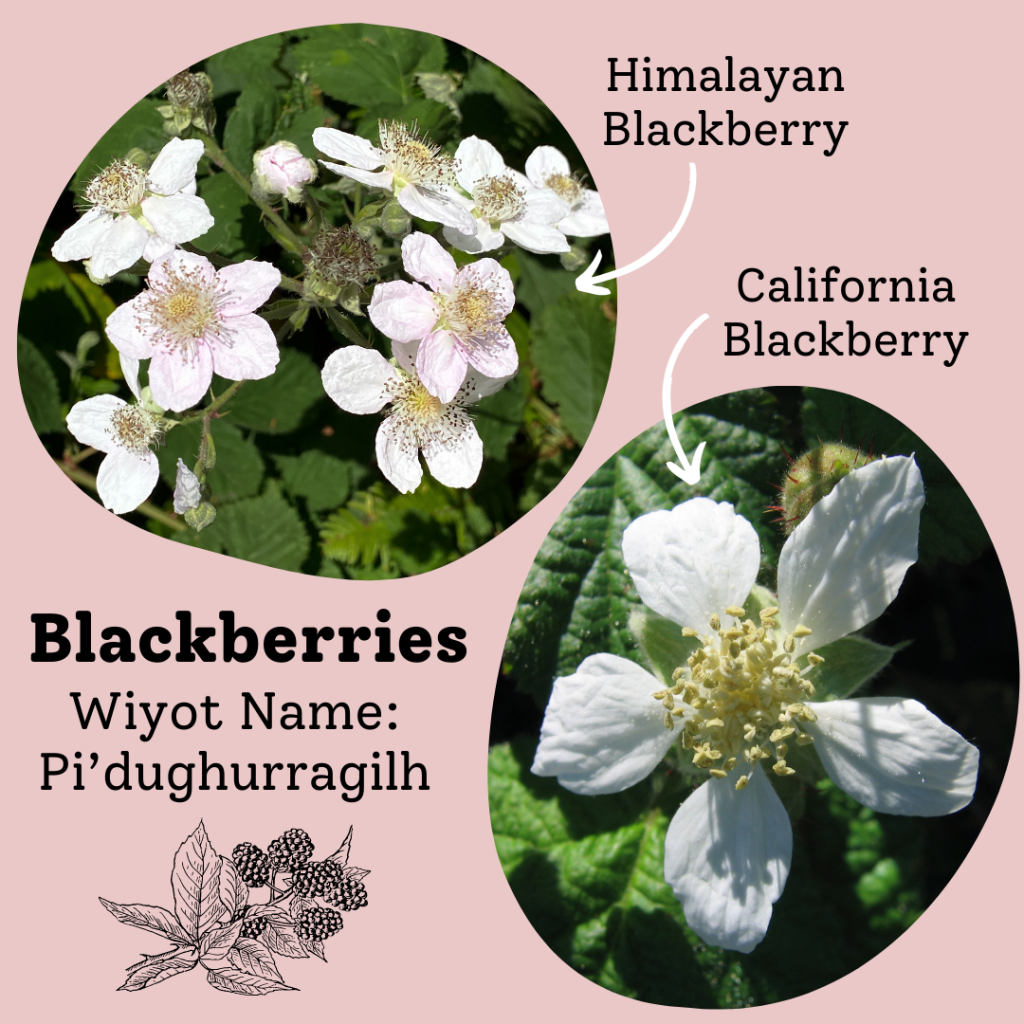 The California Blackberry (Rubus ursinus) is our native blackberry plant on the West coast. This species, known as Pi’dughurragilh in the Wiyot language, can be distinguished from invasive counterparts by their slender petals, which taper to a point at the base and tip. Their leaves are also a good indicator – they are green on the underside, and always come in sets of 3. The CA blackberry has a hard time competing with the invasive Himalayan blackberry, so this is a great plant to cultivate in your yard and surrounding areas.
Chances are you’re more likely to run into the highly invasive Himalayan Blackberry (Rubus armeniacus) than our native species. While its name implies origins in China or Nepal, it’s actually native to Armenia and Northern Iran. While this species is extremely disruptive to native plant communities, it is also delicious to humans, so pick as many as you like! You can identify it by its wide, overlapping petals and leaves in sets of 3-5 with white undersides.
Sources: Wikipedia – Rubus ursinus; Baynature.org
Photos: A. Davey and Dawn Endico on Flickr
Image Description: The first slide is light pink, with two roughly circular photos of the CA blackberry and Himalayan blackberry. Slide two contains the species descriptions on a pink background.
FOLLOW US