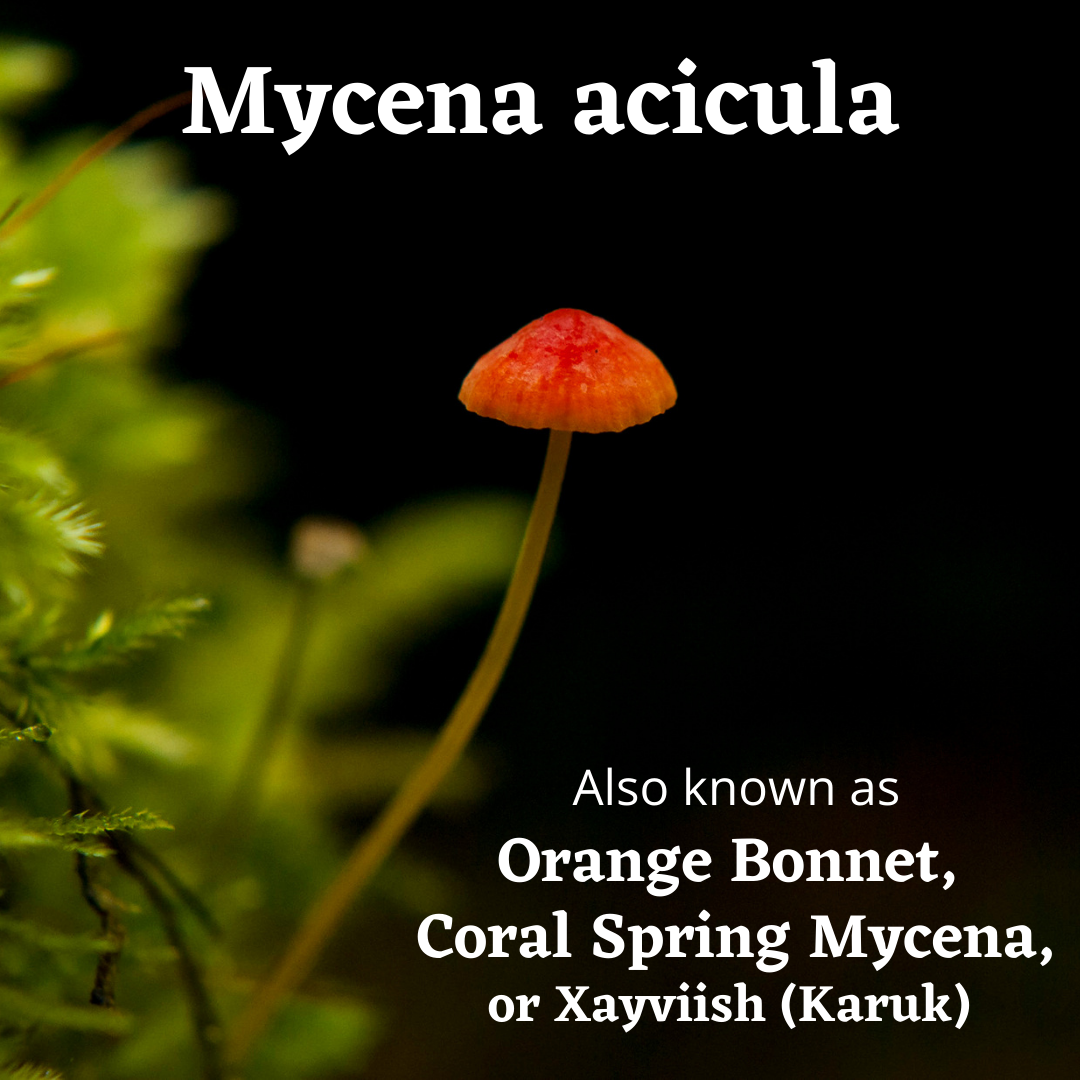 Orange Bonnett (Mycena acicula) is characterized by small orange-red caps, with slender yellowish stems. Their gills are pale yellow with a whitish edge.

They are considered inedible due to their small size. Their caps reach up to 1 cm in diameter and they only grow up to 6 cm tall.

They are most numerous in the Eastern United States, though they can be also found in many other places, notably the Pacific Northwest.

Mycena acicula grow on dead twigs and other woody debris of forest floors, either on their own or in groups. They are generally found in wet places, such as along a stream or a marsh.