California is the United States’ leading food producer, an achievement that requires a lot of water. At the end of April 2022, when millions of Southern California residents were issued tighter water use restrictions, the need for more water-efficient agriculture became even more obvious. That efficient future comes closer with help from California’s new composting law, which requires cities to reduce the landfilling of compostables by 75 percent by 2025.

Food waste makes up 20-25 percent of the stuff in our landfills, and when food waste decomposes at the dump it releases methane gas into the atmosphere. Methane gas is tens of times more potent than carbon dioxide and is one of the leading ingredients in global warming. Landfills are the third-largest source of methane emissions in the US.

Recology, an employee-owned waste management company, established curbside food scraps collection in San Francisco in 1996. Since then, hundreds of cities and numerous universities across the US have followed suit. (Arcata, CA, has a worker-owned company called Full Cycle Compost offering curbside food scrap collection!) Now that California’s composting law is in place, many more cities are sure to join in and offer bins for food waste. Recology operates 8 composting facilities in California, Oregon, and Washington which handle food waste combined with yard trimmings for over 150 communities. In 2020 alone, they collected and processed over 810,000 metric tons of these kinds of organic waste.

When farmers use compost as fertilizer during a drought, the moisture-rich soil additive helps farms yield up to 40 percent more food than farms without compost, saving loads of water. Household food scraps like coffee grounds and banana peels are a big help in feeding the soil and aiding drought resistance. City composting programs around California and the rest of the US produce thousands of truckloads of usable compost every year which goes to farms, orchards, and vineyards.

A Recology representative said, “This program gives individuals, communities and entire municipalities a way to do something very useful to help slow climate change—and to help get carbon out of the atmosphere and back into the soil where it belongs.” So far, their composting program has diverted over 2.5 million tons of waste from landfills, reducing thousands of tons of methane emissions and aiding local farms in their food production and water-saving goals.

Many areas like Humboldt County don’t have the infrastructure for large-scale compost processing. Until those are in place, talk compost with local companies like Full Cycle and your area’s farms and gardens. Do good for the earth and join the movement! 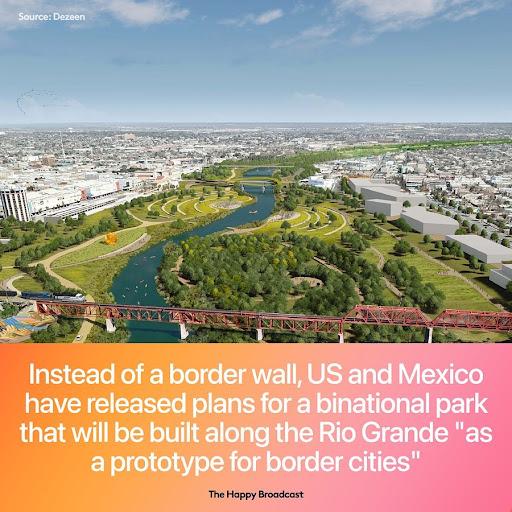 Researchers at the University of Texas at Austin (UT Austin) have created a computer model of a bacterial enzyme capable of digesting plastics in new ways, under more conditions, and in less time than ever before. This possibility opens the way for cleaning up existing plastic waste and bringing about a circular recycling economy sooner than later. The computer model is an important first step in making this future a reality.

Many common plastic packaging materials and polyester fibers are composed in part of polyethylene terephthalate (PET), an ingredient that is notoriously long-lasting and difficult to break down. PET products make up nearly 12 percent of all the trash in the world, and so far it’s been a huge challenge to collect them for recycling, let alone reclaim what’s already in landfills and the ocean.

In the past 15 years, there have been several discoveries of wild bacteria that use plastic (including PET) as a food source, naturally breaking down the stubborn compounds into smaller parts. Some groups of scientists have previously attempted to mutate these bacteria to be more efficient plastic eaters, but so far the results have required specific temperatures and still take a long time to work.

So a team of researchers at UT Austin used artificial intelligence to help solve the problem. Professor Hal Alper and his colleagues collected dozens of discarded PET plastic items as well as some of the wild plastic-eating bacteria. The team put information from all these sources into a computer modeling program and let artificial intelligence identify which mutations of the bacteria would be ideally suited to gobbling up PET waste.

The result was an enzyme called FAST-PETase, an organic molecule that’s able to break down PET in moderately cool temperatures and, in some cases, as fast as 24 hours. This makes the enzyme much easier to produce, transport to areas where it’s needed, and work quickly on removing plastic buildup. In the right settings, the broken down plastic particles can be recaptured and reassembled—big recycling on a tiny scale that can help reduce waste.

Members of the research team said, “This work really demonstrates the power of bringing together different disciplines, from synthetic biology to chemical engineering to artificial intelligence.” And, “The possibilities are endless across industries to leverage this leading-edge recycling process…. Through these more sustainable enzyme approaches, we can begin to envision a true circular plastics economy.”