Home EcoNews Report Women and the Timber Wars: Feminism and the Front Line Struggle to...

Today my guests are Naomi Wagner and Alicia Littletree Bales, who will be speaking on HSU campus on Thursday, February 28 in a panel discussion about Women and the Timber Wars: Feminism and the Front Line Struggle to Save the Redwoods.

Women were undeniably instrumental in the fight to protect ancient forests during the Timber Wars, yet historians and movement scholars have overlooked their contributions. Their actions, informed by a feminist intersectionalism that rejected misanthropy, machismo, patriotism and anti-labor biases, would come to be the most important examples of eco-defense in North America.  This panel explores their contributions and highlights the confluence of feminism and eco-defense in past and present struggles to save the redwoods.

This event will be held at 5:30pm on Thursday, February 28 at Humboldt State University, Founders Hall 118.

Naomi Wagner is an Earth First! activist/organizer from the school of Judi Bari who lives off the grid in Mendocino and Humboldt Counties. When not on the front lines, she is a nonviolence trainer, media coordinator and writer, the author of the bi-annual Redwood Nation Earth First! Newsletter and an organic farmer. She is a founding member of PAEIA (Pacific Alliance for Environmental and Indigenous Action), SEIJ (Social Environmental and Indigenous Justice) and ACORN (Action Council for Oak and Redwood Nation!); Mendocino Environment Center Board member and part of the Veterans of Timber Wars (VTW) affinity group; helped found the Real Wood Co-op and the Institute for Sustainable Forestry. A mother, grandmother and great grandmother, Naomi is the proud holder of a long rap sheet for nonviolent direct action in defense of Mother Earth.

Alicia Littletree Bales is the current President of the Board of Directors of the Mendocino Environmental Center in Ukiah, and host of Edgewise Radio on the MEC’s Low Power FM station KMEC 105.1.  She joined the direct action group Earth First! in 1991 during a campaign called “Redwood Summer II.” Organizers Judi Bari and Darryl Cherney had been car-bombed in Oakland just a year before, on the eve of the first Redwood Summer, and were determined to keep organizing for the forest even in the face of lethal violence.  Judi became Alicia’s mentor; they worked together on the Albion Uprising in 1992, where Alicia was a tree-sitter, as well as coordinating the mass mobilizations and nonstop nonviolent direct action blockades of the movement to protect the ancient redwoods of Headwaters Forest.  After Judi’s untimely death from breast cancer in 1997, Alicia joined the legal team of Bari vs. the FBI, and dedicated herself to winning the civil rights case against the FBI and Oakland Police for using the bombing to smear Judi, Darryl and Earth First! rather than investigate the attack.  In 2002 a jury in Oakland found the defendants liable for $4.4 million for civil rights abuses, a historic ruling against the federal agents of repression in the US.  Alicia is a professional voice and communication coach and is an instructor theater arts at Mendocino College.

The Schatz Sustainable Speaker series stimulates interdisciplinary collaboration around issues related to energy, the environment, and society. All lectures are free and open to the public, and are sponsored by the Schatz Center, the Environment & Community graduate program, and the College of Arts, Humanities & Social Sciences at Humboldt State.

Thanks to Dr. Anthony Silvaggio for organizing the panel discussion and today’s radio interview. 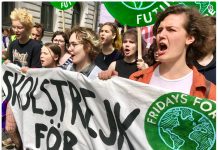 From Recyling to Reducing: A Brief History of Waste Management in Humboldt County